YOU ARE HERE:Home » Polo America Turns 31

Polo America, the oldest and largest marketing firm in the United States to specialize in the sport of polo, celebrated its 31th anniversary in 2020. The brainchild of Randy Russell, Polo America began in 1989, when Russell turned his new hobby into a business. But the bold move wasn’t too surprising. Marketing came natural to Russell, whose background includes publishing and concert promotions, with shows ranging from Beatlemania to B.B. King and Beach Blanket Babylon.

In 1987, before starting Polo America, Russell played polo as a student at the Los Angeles Equestrian Center. That year, he was introduced to professional polo at Equidome. 1987 was the heyday of arena pro polo in Burbank, Calif. Players Joe Henderson, Tom Goodspeed and Ronnie Tong were like rock stars. Huge crowds, many of them celebrities working at nearby studios, cheered for their local team every Saturday night. Years later, Russell never imagined that he would eventually bring back pro polo to L.A. after the Equestrian Center filed bankruptcy, signaling the end of of play for the LA Colts.

In 1991, Russell contacted several Rodeo Drive merchants who helped him revive professional polo at the Equidome. Over the next six years, athletic greats including Joe Henderson, Memo Gracida, and Mike Azzaro treated the crowds to action-packed arena polo.

In 1990, Producer and Director Garry Marshall came to the Equestrian Center to film a movie about a financier and a call girl. One of the scenes featured a polo match. The film was “Pretty Woman,” starring Richard Gere and Julia Roberts. Russell and other LAEC players, including Vince Azzaro, Kendrick Hughes, Rome Azzaro and Ed Metz, participated in the polo scenes. At the time, no one could have imagined how much “Pretty Woman” would help promote the sport of polo.

In 1993, looking for new ways to call attention to the sport, Russell produced the highest-rated arena polo game in history. He recruited Joe Henderson (10 goals), Tom Goodspeed (9 goals) and Miguel Torres (9 goals) to play against Bill Walton (9 goals), F.D. Walton (9 goals) and Dave Offen (9 goals). He called the match The Legends Cup. Russell also hired Prime Television to air the match and distribute it nationally. It is believed to have been the first time arena polo was televised nationally.

In the beginning, after playing his first season of outdoor polo at Eldorado Polo Club, Russell contracted with Alex Jacoy at Eldorado to handle the club’s corporate sales. This union, which lasted from 1989 through 2008, was the start of a great relationship with the club and its managers Alex Jacoy and Susan Stovall. In 1992 and 1993 they produced two U.S. Open Polo Championships and arranged television coverage for both.

Russell also helped fund major improvement projects for the club. In 1991 he secured sponsors to purchase thousands of feet of white fencing. And in 1999, to upgrade the stabling facilities, he purchased five acres across from the club to build three mini ranchettes. Each had a red tile roof, slump stone barns, hay pads, turnouts for 20 horses and much more. In 2007 Polo America built three FCP Barns ranging from 6 to 20 stalls along the polo office road.

When it comes to satisfying his many important clients, Russell thinks outside the box. In 2002 the Barbara Sinatra Children’s Center asked about an annual polo event to raise money for the Children’s Center. Russell brainstormed a new concept for polo, one that worked well for golf — a Skins Polo Game. In the tournament, six to eight high-goal teams competed for three weeks and a chance to play in the Barbara Sinatra Skins Polo Game. During the finals, the two teams with the best win-loss record would compete for $24,000 in prize money. Each of the chukkers were worth $4,000. Winners of the first chukker would receive $4.000. In case of a tie, the money would roll over into the second chukker. A huge success, The Barbara Sinatra Skins Polo Game continued as an annual event at Eldorado for 16 years.

For Russell, marketing the sport of polo in new and different ways is a labor of love. To publicize the Susan G. Komen polo event in Dallas, Russell arranged for the ice skating rink in the Dallas Galleria to have two 30’ polo players painted into the ice for 30 days.

In 2001 Russell was traveling through Arizona and New Mexico when he saw the Trail of the Painted Pony. It was a unique art exhibition of life-size fiberglass horses painted in whimsical themes. He immediately thought the idea was a wonderful way to promote polo and commissioned an L.A. sculptor to create a mold of a standing polo player. From there, he secured sponsors and 25 statues were painted. Through his friendship with polo player Phil Karber, Russell arranged to display the statues at JFK International Terminal. In two months, more than 1 million people viewed the statues. Later, they were shipped to Las Vegas, where they were displayed at the Polo America Expo and sold for charity.

To celebrate Polo America’s 25th anniversary, Russell once again commissioned fiberglass polo statues, only this time they were players on horseback, each standing 5’ 6”. Numerous polo players have purchased statues depicting their polo team colors and logos. Additionally, a few whimsical themes have been created. As before, the statues will be sold to benefit charities such as the Injured Marine Semper Fi Fund.

Another significant concept for a Polo America Expo came when Russell realized that the oldest team sport in the world had never hosted a convention. He envisioned and then produced a two-day event where players throughout the country would gather, improve their skills and have fun all in one place. At the same time, the vendor village brought together under one roof everything imaginable for the sport of polo. Russell even arranged Polo Pony auctions at the last two conventions. Las Vegas was chosen for the original site in 2000 and has held six Polo America Expos in the last 14 years. Two have been held at The Aladdin, one at The Rio, one at LAEC and two at South Point Casino and Equestrian Center. As part of each convention, Polo America recognizes individuals who have helped advance the sport with Polo Angel and Polo America Lifetime Achievement awards. Polo America Lifetime Achievement recipients have included Ambassador Glen Holden, Henry Trione, Tony Coppola, Rege Ludwig, Patrick Guerrand Hermes and George Haas.

One of the things that drives Russell is executing ideas that have never been used in polo. As a past marathon runner, the idea of a marathon polo game intrigued him. In 2010 Polo America produced the longest outdoor polo game in history, the Dawn to Dusk Chukker Challenge. The 32-chukker polo game started at 8 a.m. and ended at 4 p.m. Quite an undertaking, it required 60 polo players, 240 horses and untold hours of organization. The event unfolded at Stormbranch Polo Club in Aiken S.C., where Melissa Ganzi and Luis Escobar were stars. Each played 30 straight chukkers. With an outdoor record set, it was only natural to set an arena record for longest arena polo game. In 2012, Polo America pulled together a similar marathon polo match at South Point Casino and Equestrian Center arena during Polo America Expo. It was a monumental task for Polo America to create a world record for longest arena polo game in a city that did not have a single polo club or polo pony. Players from California, Arizona, Washington, Colorado and Texas brought in horses for the match. When all was was said and done, 37 players played 26 chukkers in eight hours and ten minutes. One point separated the final score, lifting the Trione Vineyards and Winery victorious against Noh Foods of Hawaii, 75 to 74.

In 2005, Russell created the Ford Trucks FIP Global Cup. Two 40-goal teams competed for $360,000 in cash and prizes. At the time, it was the richest purse in polo. Eduardo Heguy, Pepe Heguy, Nachi Heguy, Adam Snow, Memo Gracida, Carlos Gracida, Mike Azarro and Mariano Aguerre faced off in two matches. The first was a $100,000 Skins Polo Game. The second was the Ford Trucks FIP Global Cup. First-place winners received new Ford F-350 Super Duty trucks; second-place players received Jaguar and Land Rover leases. Both matches were incredible, but the trophy presentation changed the course of Polo America events over the next nine years. Russell wanted something spectacular as the backdrop to the trophy presentation so he hired hot air balloons to inflate on the field. The attendees stayed for the trophy presentation and long after.

Polo America then contracted Ford Trucks to create a polo balloon. From 2006 to 2013, it flew across the country to various polo and balloon events, including the Balloon Fiesta in Albuquerque, N.M., where 750,000 people attend every year. Russell then decided to try a Polo and Balloon Festival at Californa’s Eldorado Polo Club and, again, people loved it. Tens of thousands turned out for the event and traffic control was needed in Indio, where the event took place. Since then Polo America has coordinated more than 15 Built Ford Tough Polo and Balloon Festivals benefiting soldiers and their families. Polo and Balloon Festival recipients are: Twenty Nine Palms Marine Corp Base, Nellis Air Force Base, Luke Air Force Base, Fort Gordon, Wounded Warrior Project and Injured Marine Semper Fi Fund.

One of the accomplishments Russell is most proud of is Polo America magazine. More than 50 editions have been published in 26 years. The magazine is now published twice a year. The winter issue features The Polo Players yearbook, which has grown from 75 polo player headshots to over 1000 headshots in this issue. The summer issue features Polo America’s Best of the Best. This section showcases everything polo related including tack shops, polo clubs, trailers, boots and more. Thanks to the generosity of sponsor, Built Ford Tough Super Duty Trucks, the magazine is mailed to everyone on Polo America’s national polo player database.

In his early days of publishing, Russell learned that a person is only as good as the team that surrounds him. In the last 26years, he has amassed a group who will do anything and everything to make Polo America and its events nothing short of the best.

“Lorrie Chadd and Arshia Rios are the two most accomplished event coordinators I have ever known. Kim Kumpart, our event photographer, doesn’t offer 100 shots after an event; he gives you a 1,000 Tony Gregg and Tony Coppola are two of the best polo announcers anyone could ever hope for. Susan Stovall and Kirsten Ludwig can work magic with polo players, games and horses. Evie Kumpart can float from receptionist to accountant to hostess to trophy presentation without pause.”

Russell says the best thing to come out of polo is his wife Annie. When they met, she was the attractive young woman in the polo office who sold him polo lessons. She took all of his money and his whole heart, and they have been married for 26 years. Annie has traveled as many miles as her husband and worked by his side at countless events — one of the many reasons she uses this favorite expression to summarize their life together: “Barnum, Bailey and Russell.” 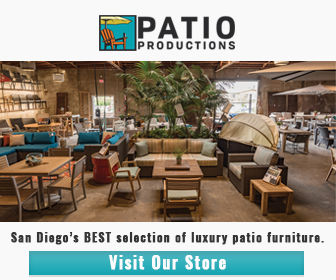 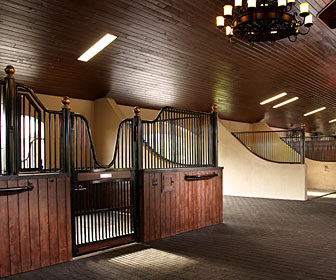 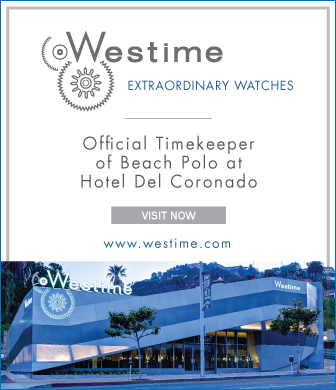 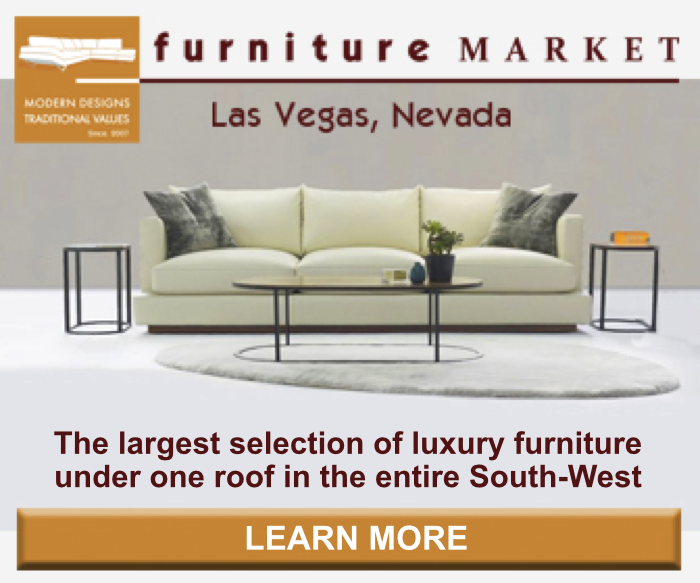